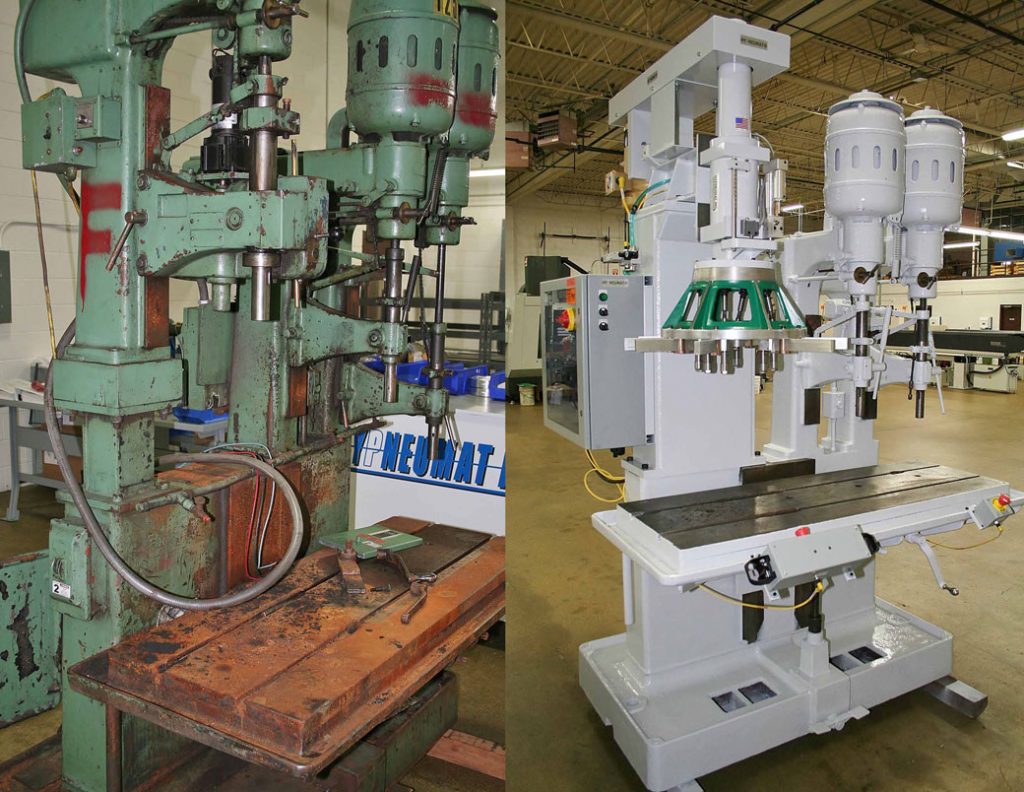 With companies looking to stretch efficiencies to the maximum, Hypneumat plays a role in the regeneration of old machinery bringing new life to production and the bottom line.

THE CASE FOR A REBUILD

Hypneumat received a call from an Erie PA customer inquiring about Commander replacement parts. Our client has been a long time user of Commander Multi-Spindle heads in their facility and inquired about purchasing additional units.

Hypneumat’s regional distributor, Jay DeVries with Gro-Mac Associates, was traveling in Cleveland OH at the time and setup a meeting the next day in Erie to discuss their needs.

While the Commander 1200 Multi-Spindle Head is what the client originally inquired about, Jay also mentioned numerous drilling and tapping machines Hypneumat manufactures and their reliability. This sparked the client’s recollection of an existing machine they had in storage. Could that unit be refurbished, reconfigured and put back into useful production?

Upon review of this machine it was obvious it had many years of service and useful features; an adjustable table and the 2nd and 3rd stations had drilling capabilities with multiple spindle speed options. The refurbishment would bring the unit into the 21st century:

The Hypneumat team went right to work and the rebuild was done in a few weeks. As you can see from the photos, the results were nothing short of amazing.

THE PAYOFF: A once unproductive machine, not utilized in years and stored in a warehouse, was now ready for many additional years of service and production.